The B+ is a relatively fast colonizer that fruits very easily and produces some large fruits in abundance. A hardy forgiving strain makes this an excellent choice for beginners as it grows easily in a variety of conditions.

It's a unique P.cubensis strain and performs very well indoors making it a popular strain for home hobbyists. It tends to yield larger than average fruitbodies that range from moderate to potent for a P.cubensis strain.

The infamous B+ strain of cubensis... what a chameleon this one is. This is by far the most versatile cubensis around. Adapting and growing in such a wide range of temperature conditions and substrates in nature.. It truly thrives to spread its seed, which by the way its a very heavy spore depositor. The B+ has been witnessed growing outdoors in nature fruiting several times in a wide range of temps and substrates. Several times one winter, night time low of 45F, day high of 60F, the B+ just flourished. Spring/summer, low of 75F, high of 90F, the B+ once again fruited beautifully. We've heard so many good reports back from growers in Amsterdam that just love this mushroom and how easy it grows, and how beautiful it is, its loved by many.

Although the B+ is not a super fast colonizer, its speed is average, producing some very large mushrooms that are generally a caramel color. When growing in nature in cooler temperatures, it usually always produces a very beautiful color caramel cap and stems. The stems are generally very thick, and it produces some large caps. It also drops a very thick veil. When growing in warmer temperatures, it's color changes to a more golden color at times.
by Magic Mushroom December 06, 2020
10
0 Comments - Reply
Mushly. Online
Mycelium Network
Internet Verification
YES, I'm 18+ NO, I'm underage
Can't find the strain you looking for, why not add it yourself? 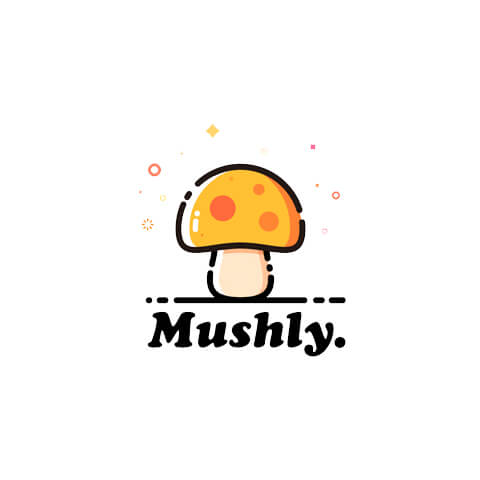